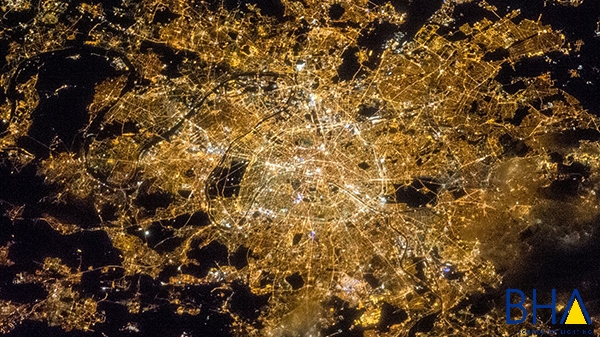 Posted at 12:56h in News by Daniel Hammond
0 Likes

Have you ever taken a moment to look up at the stars? Perhaps during lockdown when there was significantly less air pollution, you may have looked up at the skies and been surprised to see more stars that you are normally able to see. There have recently been several astronomical events that took place. If you were like me, you probably were not able to see many of them. I am sure it was not for lack of trying, but rather due to high levels of skyglow caused by high levels of city light.

Whatever happened to the stars everyone talks about so passionately?

During the lockdown period, I was approached and subsequently commissioned as a specialist consultant and educator to investigate two similar, yet different, cases.

The first case involved a closed upmarket housing estate in KwaZulu-Natal where the body corporate and managing agents decided to task an electrical contractor to install lighting to provide general exterior lighting to double as security lighting.

The lighting that was installed, however, was completely inappropriate for either of the purposes. Fluorescent tubes in corrosion proof IP65 luminaires were installed. They were mounted horizontally on the face of the external walls of some houses. The result was diabolical. In some houses, the only room that was unaffected by the obtrusive light, was the bathroom!

The second case in the Cape Metropole involved excessive illumination of a green belt which separated two neighbourhoods, and which continued on into the greater area of a vast nature reserve. In this instance, the local authority had been approached by some members of each neighbourhood to install lighting for improved security. Once again, the local authority tasked a private electrical contractor to install the flood lighting which was totally inappropriate for the purpose. So, what went wrong?

Firstly, both the body corporate/managing agent in Case 1 and the local authority in Case 2, should have engaged a qualified illumination engineer to conduct a survey, risk and environmental impact assessment on the fauna and flora of the area. This would have led to the appropriate luminaires being selected and then correctly installed in the correct places fit for purpose.

In the case of the illumination in the green belt, the local authority should have compiled a master plan that included the environmental zoning of various parts of the city for the type of lighting, if any, according to the CIE (International Commission for Illumination) CUIE150 and MLO (Model Lighting Ordinance) which includes the requirements for compliance with IDA (The International Dark Sky Association).

The world is increasingly becoming aware of the need to act against climate change, and this includes the negative effects of outdoor lighting, which includes street lighting and all other forms of outdoor lighting. Of course, bright sport field lighting, which is only used when games take place, is excluded. It is alarming to note the number of professional engineers and local authority electrical engineers who are completely unaware of the importance of having a thorough knowledge of all standards, regulations and other requirements.