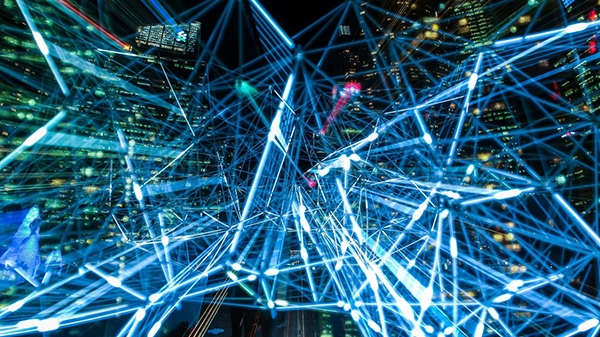 Posted at 15:31h in News by Daniel Hammond
0 Likes

How time flies! It is already May, so what happened to the first four months of the year?

The world of lighting and lighting design has not stood still. There are so many exciting developments in all spheres of the lighting world from new products, advances in technology, increased computing power of lighting design software and of course all business software including artificial intelligence (AI).

When I presented my first series of workshops many years ago, I had been absolutely fascinated by the discussions of that time about the internet of Things (IoT). I spent months studying IoT, watching YouTube videos of TedX talks by the world’s top experts on the subject. In 2014, I too presented this in my second series of lighting workshops. It was particularly interesting to observe the reactions and body language of the attendees. There were those who share the fascination, other who had total disbelief and who were convinced that it would never become a reality and of course others who sat quietly but who folded their arms securely indicating that they were closed to the idea of IoT. It would be extremely interesting to sample that exact group of attendees and observe their reactions now because IoT is a reality in every aspect of daily life.

So … What is new? The most exciting advancement is not only in LED luminaires, but especially in the field of lighting controls and systems.

The technologies have developed to such an extent that different control systems can be incorporated into complex controls systems. This is most significant. Many predicted that Dali and other systems such as DMX 512 would simply fade away. That would have been tragic. DALI, DMX 512, KNX and other controls had become known for their reliability and stability over the years.

Bluetooth Mesh and Casambi are the most popular readily available systems. A key feature of both is that they are incredibly simple to set up providing the luminaires and other equipment are Bluetooth Mesh enabled but today, many manufacturers are including this as standard for their products.

The focus on lighting for the well-being and good health of the occupants is driving lighting product manufacturers and distributors to include luminaires that are Power over Ethernet designed, are WiFi connective, are enabled for Human Centric Lighting which means that the Correlated Colour Temperature (CCT) can be changed according to the way that the control system has been setup or, alternatively, the light intensity can be changed according to the human stimulus that is required during a working day.

I know that several lighting companies, and many professionals in the built environment (architects and consulting electrical engineers), commented that South Africa would never adopt the new technologies including HCL. Well, here we are in 2021 and it is a reality. As more and more new buildings are constructed to WELL Building Standards, and even existing buildings are being upgraded to comply with WELL Building Standards, the technologies are being adopted at an encouraging rate. I would love to hear what the doubters would say now.

Nevertheless, it is for the above reasons that a sound knowledge of light, lighting, standards and compliance and the new lighting and control technologies is essential. I am particularly encouraged by the number of engineers who have enrolled for our courses.

And now in 2021, there is a movement towards Quantum Dot lighting. The primary driver is the fact that the world availability of Rare Earth Elements (REEs) is in serious decline. LED chips require on average around six different REEs to produce the quality of light with the required CCT and Colour rendering needed. Currently the major producer and therefore the main source of the world’s REEs is China. Lighting manufacturers outside of China are working towards reducing their dependency on China. One of the other reasons is the fact that China dictates pricing to markets and controls supply to markets so that Chinese factories are protected and given priority.

Quantum Dot technology does not use REEs but nano-sized crystals. Quantum Dot lighting is known for its excellent colour, and colour rendering.

The development does not end there. In development at present are other forms of nano-technologies for lighting using nanoparticles which for example could be used to coat parts of a ceiling over desks and which could be activated by nano-power with a signal from a smartphone.

I ask the question, could luminaires as we know them today, disappear from use in the future?

I hope that this article proves to be of interest and has stimulated your curiosity, even if you had some measure of apprehension.