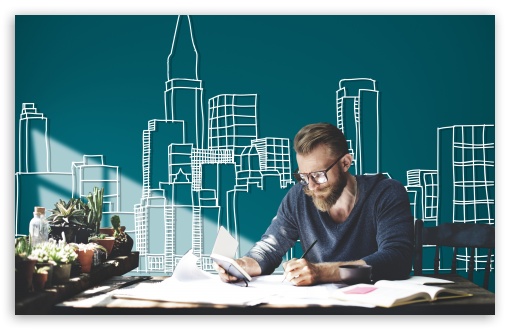 01 Oct Is the Illumination Engineer in Demand? – October 2018 Newsletter

Posted at 20:00h in News by Daniel Hammond
0 Likes

I have often been asked this question either by existing students or by those who are contemplating enrolling for the Diploma in Illumination Engineering course.

My answer has always been emphatically positive and without reservation.  The reason for answering in that way is quite simply that since the introduction of LED lighting, the technology has become more advanced and sophisticated.

As I look into the near future of lighting, it is becoming more apparent that clients and developers are making greater use of qualified illumination engineers who have specialist knowledge and experience in the field of light and lighting.

A few days ago, I was reading an article about the professions that are in high demand.  I was pleased to see that my opinion was exonerated fully when seeing that architecture and engineering is one of them.  I have included the graphic for your interest. 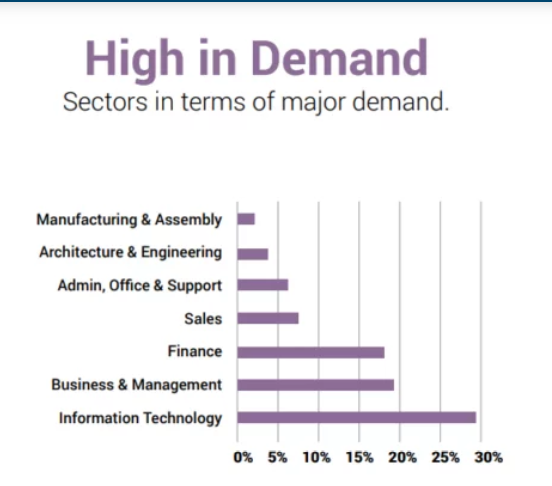 I am sure that you are all aware of the fact that I read and study continuously.  One such article appeared in a journal that I subscribe to whilst I was compiling this Newsletter in advance of the normal distribution date.  I share it with you as it appeared in the journal.  If I were to edit the content, it would lose the significance of this fascinating scientific work.

A Trick of the Light 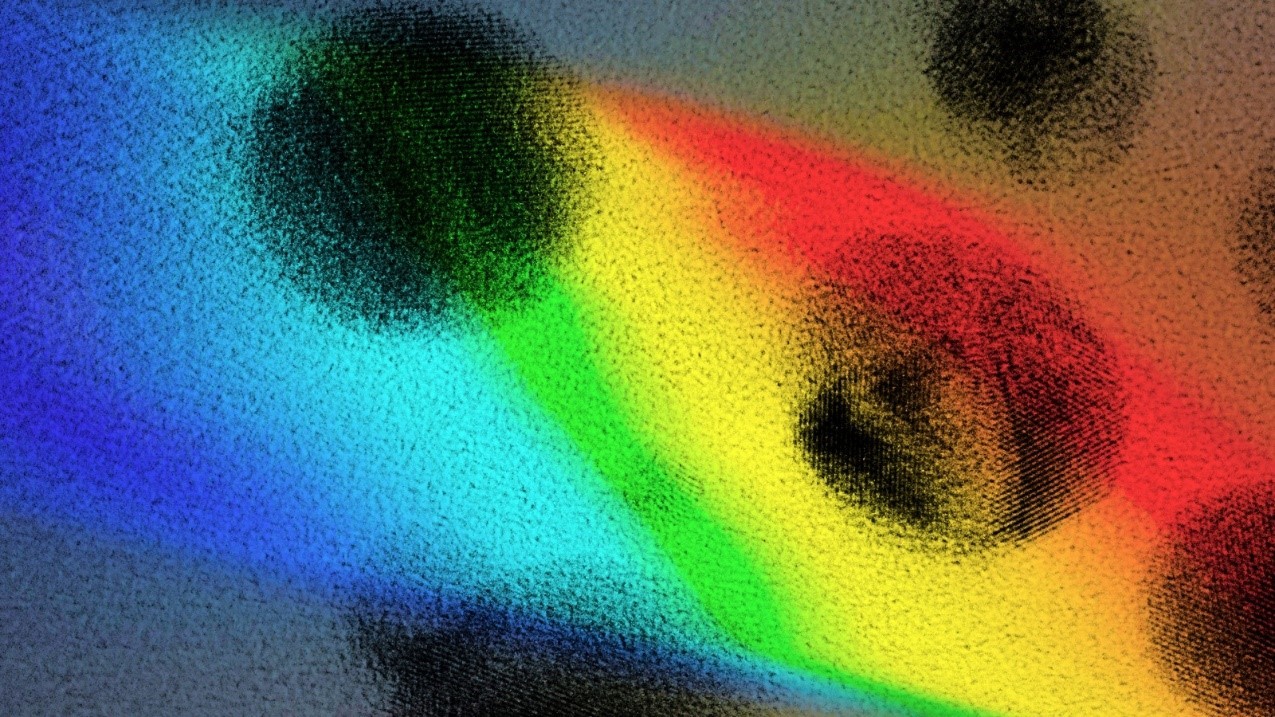 Particle physicists are on the hunt for light. Not just any light, but a characteristic signal produced by the interaction of certain particles — like ghostly neutrinos, which are neutral fundamental particles with very low mass — with a detector that contains an atomic sea of liquefied noble gases.Even if it were brighter, this light signal would be undetectable by our eyes because it falls in the ultraviolet (UV) range of the electromagnetic spectrum. And just as our eyes are not equipped to see UV light, most conventional photodetector systems for particle physics experiments work much better in the visible range than they do in UV.

However, new work at the U.S. Department of Energy’s (DOE) Argonne National Laboratory is bringing the power of nanotechnology to particle physics in an effort to make photosensors work better in experimental environments where UV light is produced, like massive liquid argon-filled detector modules.

“We’d like to find a single material that will allow us to identify a specific particle and not see other particles. These nanoparticles help get us closer.” — Stephen Magill, Argonne high-energy physicist.

“You can go online and buy photosensors from companies, but most of them are in the visible range, and they sense photons that we can see, visible light,” said Stephen Magill.

To make their photosensors more sensitive to UV radiation, Magill and his colleagues at Argonne and the University of Texas at Arlington applied coatings of different nanoparticles to conventional photodetectors. Across a wide range of varying compositions, the results were dramatic. The enhanced photosensors demonstrated significantly greater sensitivity to UV light than the coating-free photodetectors.

The reason that the nanoparticles work, according to Magill, has to do with their size. Smaller nanoparticles can absorb photons of shorter wavelengths, which are later re-emitted as photons of longer wavelengths with lower energy, he said. This transition, known to scientists as the ​“Stokes shift,” converts UV photons to visible ones.

The types of experiments for which scientists use these enhanced photodetectors are considered part of the ​“intensity frontier” of high-energy physics. By being more sensitive to whatever small ultraviolet signal is produced, these nanoparticle coatings increase the chances of detecting rare events and may allow scientists a better view of phenomena like neutrino oscillations, in which a neutrino changes type.

The advantages of this kind of new material could also reach beyond the purview of particle physics. Magill suggested that the particles could be incorporated into a transparent glass that could enhance the amount of visible light available in some dim environments.

“There’s a lot of light out there between 300 nanometers and 400 nanometers that we don’t see and don’t use,” Magill said. ​“By shifting the wavelength, we could create a way for that light to become more useful.”

A paper based on the study, ​“Wavelength-shifting properties of luminescence nonoparticles for high-energy particle detection and specific physics process observation” appeared in the July 12 edition of Scientific Reports. Argonne physicist Junqi Xie collaborated on the research, as well as University of Texas at Arlington scientists Wei Chen, Benjamin Jones, Lun Ma, David Nguyen and Sunil Sahi.

The work was funded by DOE’s Office of Science (Office of High Energy Physics) with additional support from the National Science Foundation and the U.S. Department of Homeland Security.

Argonne National Laboratory seeks solutions to pressing national problems in science and technology. The nation’s first national laboratory, Argonne conducts leading-edge basic and applied scientific research in virtually every scientific discipline. Argonne researchers work closely with researchers from hundreds of companies, universities, and federal, state and municipal agencies to help them solve their specific problems, advance America’s scientific leadership and prepare the nation for a better future. With employees from more than 60 nations, Argonne is managed by University of Chicago Argonne, LLC for the US DEpartment of Energy’s Office of Science.

We are pleased to welcome the following new students to BHA School of Lighting: 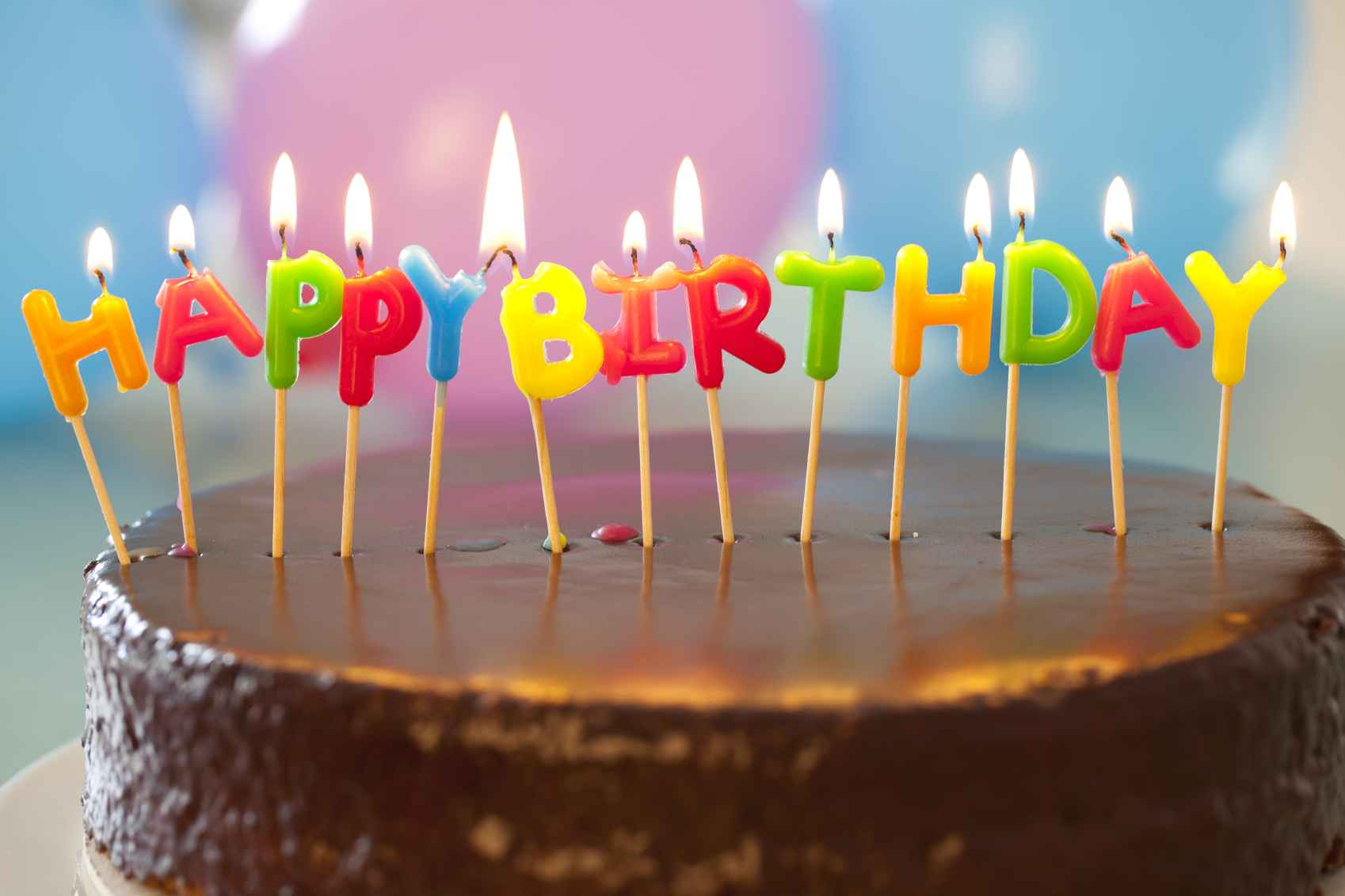 Happy birthday to the following students, we hope that you will have a fantastic day! 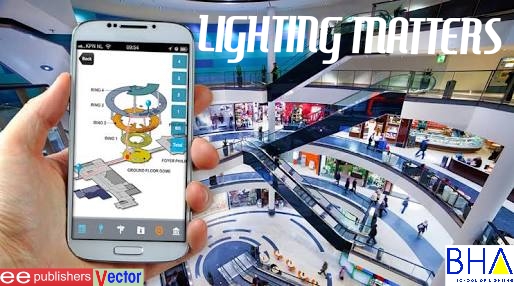 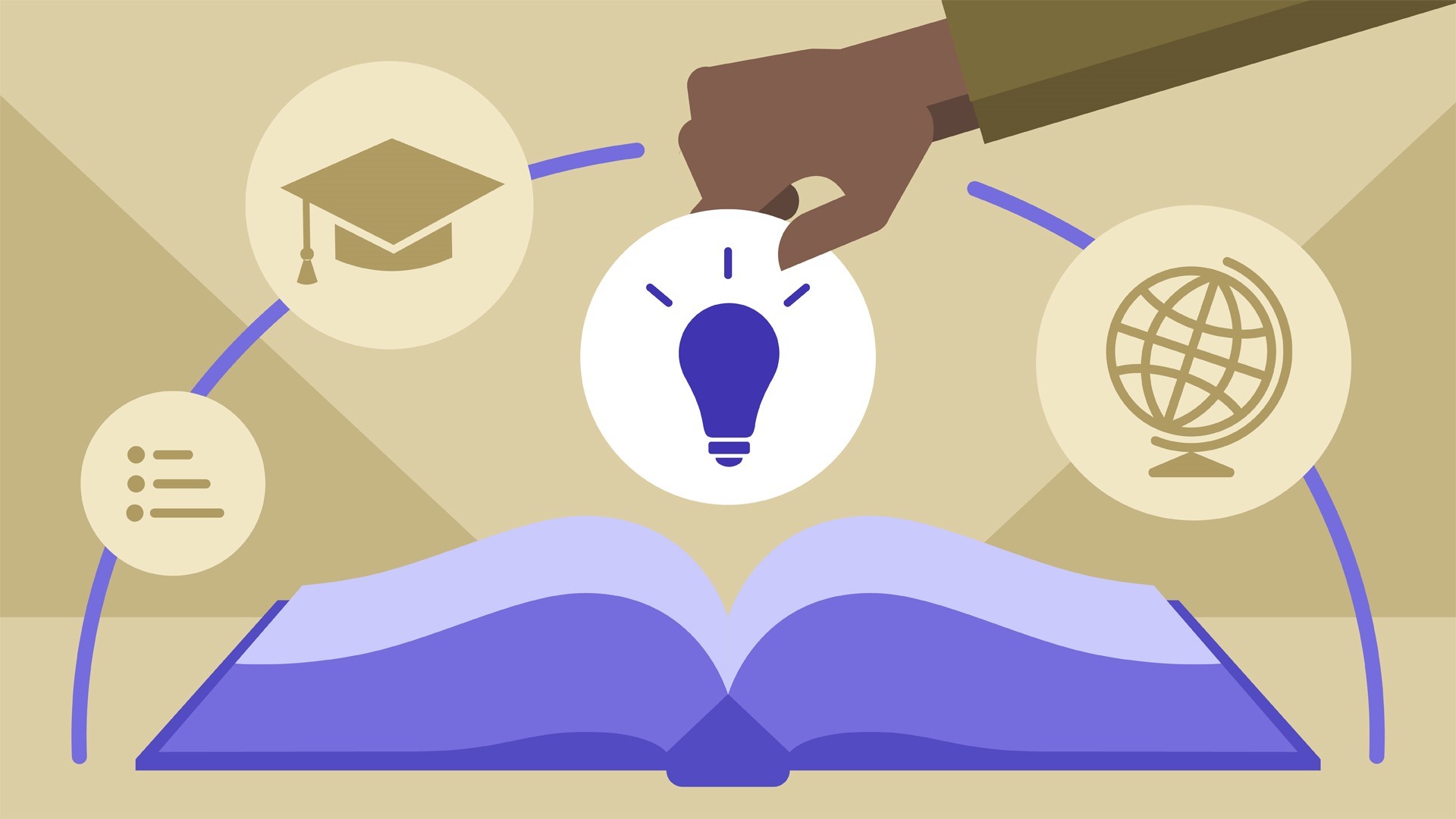 All of the students have received notification to indicate whether they have been moved to the new course or whether they will complete the original course curriculum.  Those who will complete the original course curriculum will be afforded the opportunity to enrol to study the new Curriculum content which is primarily part of the 2nd year studies.

So…… what is the new curriculum course known as?  It is BHASL003C19: Diploma in Illumination Engineering

Thirty Three students have either recently enrolled or have been migrated to the new curriculum.

It is the most major task that I have undertaken since the introduction of the original online course in early 2014.  In the case of the first year curriculum, every module manual is either being completely revised or rewritten altogether. The quiz question bank has also been revised and new questions have been added or new Quizzes have been created.  Many of the examinations contain new or revised questions.

What does this mean ion practical terms?  The content standard and level has been raised by about 1.5 times.

BHA School of Lighting is at the forefront of lighting education not only in South Africa, but at this time, in the world.  No other educational facility in the world offers a curriculum as comprehensive as the C2019 curriculum.  We are proudly South African and proud of our accomplishments.

New Understanding of Light Allows Researchers to See Around Corners

When you read this fascinating article, you will be blown away, as I was, when you realise that no matter how we study and come to learn about light, vision and lighting technology, there is so much that we still do not know.  Scientists and researchers are still discovering more about these wonderful subjects.  The article is completely unedited. 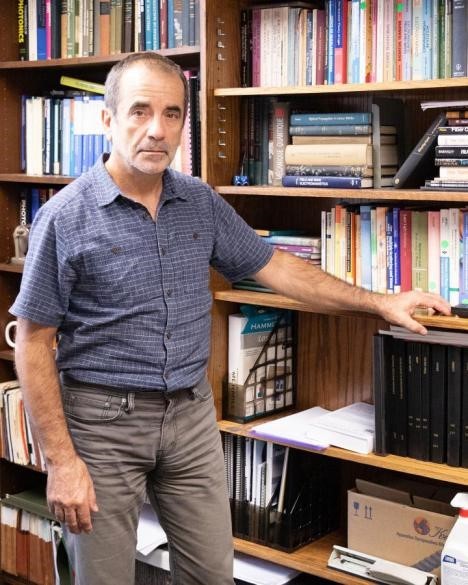 Aristide Dogariu, a University of Central Florida Pegasus Professor of Optics and Photonics

Covert sensing of objects around a corner may soon become a reality.

Aristide Dogariu, a University of Central Florida Pegasus Professor of Optics and Photonics, and his colleagues published a paper in Nature Communications this month demonstrating how to passively sense an object even when direct vision is impeded.

It’s a bit complicated, but the new sensing method the UCF team developed could lend itself to a number of practical applications, including use in defense, surveillance, search and rescue and medicine.

Imagine trying to see something around a corner. This is easily done with mirrors, but imagine that light from the object can only reach the detector after it bounces off a diffusing wall that acts like a shattered mirror. Even though light looks totally dispersed, some of its initial properties do not completely vanish. Dogariu and his colleagues were able to measure subtle similarities in the scattered light, undo the effects of this broken mirror, and get an idea of what lies around the corner.

“The fact that fundamental properties are not completely destroyed when light bounces off a diffuse medium like a wall can be used in so many different ways,” says Dogariu. “The question is, how much information you can still recover through this broken mirror-like surface.”

When a digital picture is taken, the spatial distribution of light across an object is mapped point by point, pixel by pixel, onto the plane of the camera. However, in its propagation from object to the camera, properties of light can be affected by what the light reflects off of. When it reflects off of a mirror, a clear image can be produced. But when it is reflected off of a shattered mirror, for example, the direction of light is altered and only a distorted version of the image can be seen.

Dogariu and his colleagues have found a way to describe how this measure of similarity between two points, called spatial coherence of light, transfers in a reflection from a diffuse wall. By learning how the light transforms, the researchers can determine where the light came from. Dogariu describes their findings as an aspect of light propagation that has simply been overlooked before. By undoing the effects of the diffusing wall, Dogariu and his colleagues have eliminated the need to control the light that illuminates the target object.

This is the first time that there has been a practical demonstration of passively detecting an object around a corner in this way.

The technique does not recover a complete image but collects more than enough information needed for task oriented surveillance.

“The potential of this technique goes beyond sensing,” says George Atia, a professor in EECS and member of a larger UCF team funded under Defense Advanced Research Projects Agency’s Revolutionary Enhancement of Visibility by Exploiting Active Light-fields project that initiated this research. “Based on results of our recent simulations, we envision that non-line-of-sight, passive imaging of complex scenes could be achieved by data fusing that combines spatial coherence with additional intensity information.”

Until now, detection of objects around a corner has only been possible by emitting light toward the object and modifying some of its properties, say by sending a pulse of light, the light will bounce off the diffuse wall, onto the object, to the diffuse wall again, and back to the detector. The amount of time the light takes to return to the detector is then used to triangulate the position of the object. The problem with such methods is that the emission of light discloses the intent to see, which can be problematic in covert situations.

The new sensing method is not specific to light. It could be applied for example to infrared or microwaves radiation.

Quote of the Month 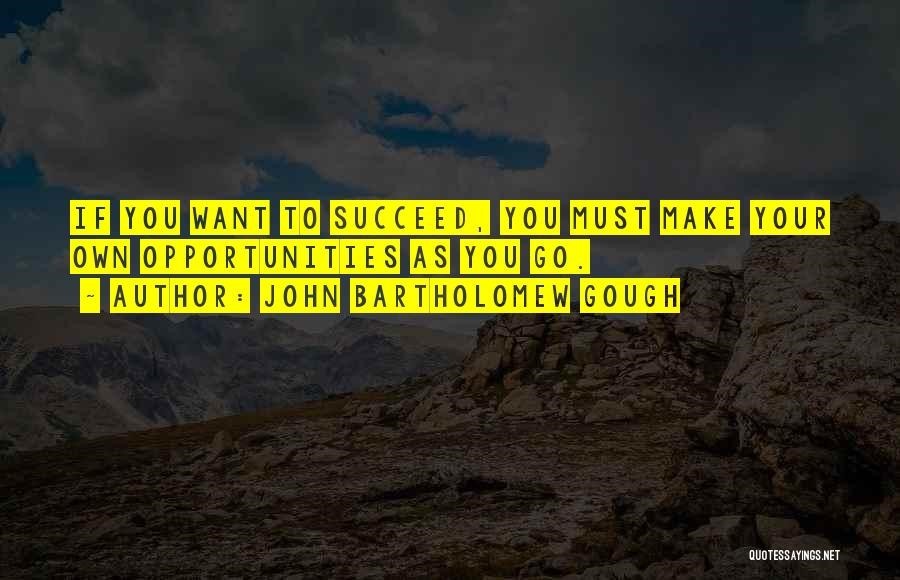