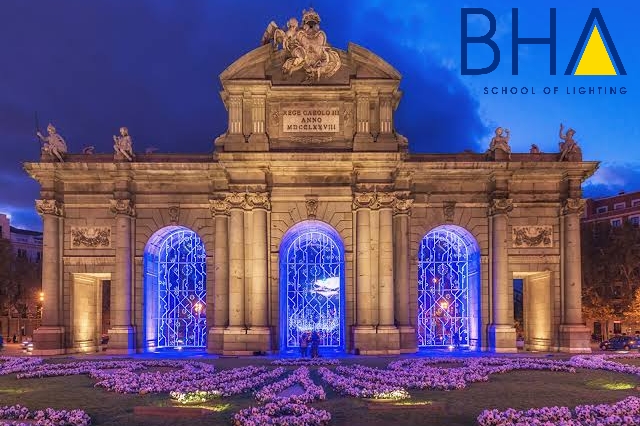 Posted at 11:25h in News by Daniel Hammond
0 Likes

A recent European trip prompted me to look at the latest lighting trends and to explore the lighting installations at the places I visited.

The trip included a visit to Diocletian’s Palace in Croatia, built for the retirement of Roman Emperor Diocletian. It is an amazing old place still in good condition where the stones for the domes were held in place by means of a mixture involving eggs.

The lighting in some of the dark spaces is very subtle and effective and does not detract from the atmosphere or age of the place (see Fig. 1).

At Ancona, Italy, are the Frasassi Caves, about 60 km from Ancona city. These caves were discovered in 1971 and opened to the public in 1974 (see Fig. 2). Access is through airtight remote doors at either end of an artificial entrance tunnel.

Only one set of doors can open at a time to ensure that the temperature in the caves is maintained at 14ºC. The walkways are fenced, and stalagmites are behind glass for protection. The total length of the caves is about 30 km.

Madrid’s M30 Motorway is a 14-lane highway. It is one of the three orbital motorways around Madrid city. Clearly, standard street luminaires would not illuminate seven lanes in each direction from the side of the motorway.

Floodlights mounted about 18 m high are angled to give sufficient light coverage across all the lanes of the motorway without undue glare or discomfort for drivers (see Fig. 3).

I often write about over-illumination of interior spaces in South Africa. We visited the National Museum of Natural Science in Madrid, where it was refreshing to see how the use of subtle but effective lighting illuminates the various displays.

On the subject of retail illumination, my digital meter went everywhere with me in Europe. At shops such as H&M, Primark, Zara and Ulanka in Madrid’s Grand Via, the maximum illumination was 800 lux in every instance, except for an area in H&M, where the surface reflectances were very white. This begs the question of why our retailers insist on illuminance levels in excess of 1000 lux, resulting in shop ceilings littered with downlights, whereas there are far more effective ways of illuminating a retail store and creating special interest areas with accent lighting occasionally, rather than accent lighting everywhere.

The medieval walled old-town in the city of Avila is worth a visit as it is the only complete and original walled town in the world. Dating back to the fifth century BC, the town and wall were built in AD 1090, redefining, to me, the meaning of old.

Special notice was taken of how the exterior architectural lighting was executed at the Alcazar in Segovia. It is a magnificent place to visit, taking you back to the time of knights in suits of armour.

The Alcazar is a walled fortress. The exterior is illuminated at night by a variety of lighting techniques including flood lights, projector lights, wall washers and down lights.

Other interior lighting of ancient buildings included the Visigoth Church of San Milan, dating back to the sixth century AD. The church was built in the year 1055. Over-illumination would desecrate such places, so it is commendable that very subtle and appropriate lighting was used.

The Catedral de Segovia was built in the early sixteenth century. Each of the chapels in the cathedral was beautifully lit and linked to occupancy sensors. The chapels are only illuminated in the presence of visitors. Fig. 5: The 813 m long aqueduct in Segovia, built by the Romans in the first century
AD without any mortar or cement.

Alcala de Henares, about 35 km from Madrid, is the birthplace of Cervantes, the author of Don Quixote. His home is now a museum. There is also a famous university which was established in 1662.  Yes – just think about that 10 years after Jan van Riebeeck arrived at the Cape.  It is also renowned for its world class Faculty of Architecture.

All lighting installations I encountered in Europe, whether the interior or exterior, was restrained. At no time did I ever sense that there was over-illumination in interior spaces. I was impressed by the care taken to illuminate the architectural and historical gems in Croatia, Italy and Spain. The attention to detail and to the historical importance is impressive.

The care taken to ensure that no or minimal light pollution results was heartening, particularly in the interests of our planet and our ability to take enjoyment to observe the night sky.

Every lighting project was approached differently, each project and area within projects was treated individually rather than being subjected to the one-size-fits-all approach.

I encourage South African lighting professionals travelling abroad to take note of how the approach to artificial lighting differs from the way it is generally done at home.